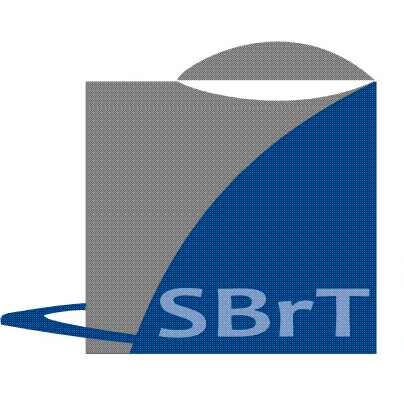 The frequency bands used in mobile communications are allocated according to the type of application. With the need for more channels, the frequency spectrum has become a scarce natural resource. This study shows the results of a proposed modulation using the variation of the autocorrelation of pseudo-random codes to carry information. The work also presents the generation of multiple orthogonal axes to increase the bit rate and in this way improve the Channel efficiency.
Download

The objective video quality assessment is a quick and low cost alternative compared with the subjective evaluation. However, the objective evaluation is not as reliable, because their results are not always according to the perceived quality of the human visual system. This paper presents a new metric for objective video quality assessment, called PW-SSIM, based on the investigation of how the spatial perceptual information can be used as an estimate to predict the visual attention to a particular region of the video and insert a quality weighting according to the spatial perceptual information values. The PWSSIM presents higher correlation coefficients when compared to popular models (PSNR and SSIM), for a subjective evaluation with 40 participants, considering degraded videos with salt and pepper, blurring and blocking, and 24 participants considering videos subject to Gaussian noise, suggesting that the PW-SSIM has a better ability to predict the perceived video quality for a group of spectators.
Download

This work analyzes the power allocation problem in DS/CDMA systems under the energy efficiency (EE) metric, maximizing the transmitted information per energy unit. As the spectral efficiency (SE) is one of the most important performance metrics and is maximized with infinite power, the trade-off between these two metrics (EE-SE trade-off) are investigated and characterized in relation to multiple-access interference (MAI) power level, resulting that the optimum operating point is the max-EE point and the EE limitation imposed by MAI. To corroborate these results, we develop two algorithms for power allocation based on distributed instantaneous SINR level.
Download

The objective of this work is to combine, improve, and develop algorithms for face detection and recognition so as to create a software-based system which is able to detect and recognize faces, previously enrolled in a databasis, obtained from capture devices such as a webcam. In order to implemement such a system, two state-of-the-art algorithms were selected: CFA – Class-dependence Feature Analysis and SURF – Speed Up Robust Features, the last one being conceptually similar to SIFT – Scale Invariant Feature Transform. For CFA, it is proposed to use of DCT – Discrete Cosine Transform and KLT – Karhunen- Loève Transform as alternatives to the DFT, so as to reduce the time to compute the correlation filters and/or improve the ROC. For SURF, two configuration parameters are tested, having also as objective the determination of the best ROC.
Download

In this paper is present a software used on FiberSensing2200 (FS2200) interrogation system, based on optical sensors. This computational tool automates the data collection from this optoeletronic equipment, ensuring the visualization and analysis these data through a graphical interface. To demonstrate i
Download

Under MIMO channels, the matched filter detection becomes inefficient to deal with high data throughput demanding systems. The performance or system capacity under conventional detection will be substantially degraded when the spatial diversity provided by multiple antennas can not be fully exploited and the detection process is unable to efficiently separate the signal from each antenna. The solution discussed in this paper seeks to establish more efficient detectors for MIMO systems with the aid of the lattice reduction (LR) technique. These detectors use information from the interfering signals in a way to improve the signal detection in the antenna of interest, thus providing advantages over the conventional system, at the expense of in- creasing complexity. The focus of this paper consists in comparing the characteristics of three representative sub-optimal detectors based on the maximum-likelihood function as well as on the guided search principle, previously analyzed in [1]. In this way, the complexity × performance trade-off for the sphere detector (SD), the QR decomposition-based detector (QRD) the greedy search detector (GSD) and its variants, all of them aided (or not) by the LR technique are analyzed and its potential of use in MIMO systems is put in perspective.
Download

Chain of finite rings and construction of BCH Codes